Watchmen for the walls of Jerusalem

Published in The Jerusalem Post and Israel Hayom, September 19, 2014.

If Israel truly wants to hold on to a united Jerusalem, it must act forcefully to restore security in the holy city. The Netanyahu government seems indecisive or asleep as Israeli sovereignty over many of Jerusalem’s eastern neighborhoods, Arab and Jewish, is being challenged. 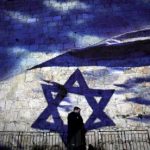 Last month, the Israel Ministry of Education barred school trips from entering the Old City of Jerusalem through Jaffa Gate. It’s too dangerous, the ministry decided.

Instead, the thousands of kids (and adults) now visiting the holy city every evening on pre-High Holiday selichot tours must march around the Old City and in through Zion Gate directly to the Jewish Quarter. There is less chance of getting stoned that way.

This frightful and frightening decision reflects the ominously deteriorating security situation in Jerusalem.

Over the past year – long before an Arab teenager from the Jerusalem Arab neighborhood of Beit Hanina was murdered (following the murder of three Jewish teens in Gush Etzion in June) – thousands of violent incidents have been recorded in the city. Since the murder of Mohammed Abu Khder the violence has escalated into an onslaught. There have been bulldozer, bombing, knifing and shooting attacks.

A car-bombing attempt was intercepted near Beitar. Arab protestors vandalized and tried to burn a French Hill gas station and grocery store. There has been sporadic but ongoing gunfire from Shuafat into Pisgat Zeev homes, and firecrackers fired from Jabel Mukaber into Armon Hanetziv homes. Rowdy pro-Hamas demonstrations regularly run all night long in Jabel Mukaber, with no police intervention.

Almost half of the Jerusalem light rail streetcars are out of service because of damage from stoning attacks in Shuafat.

Over 1,000 brush and forest fires have been started in recent months in the forests in and around Jerusalem by Arab arsonists.

Last Thursday evening, the Cohen family from Ramat Gan was almost lynched as they drove through Wadi Joz to the Western Wall for an army induction ceremony.

The situation is even worse in the so-called “Holy Basin” quadrant, and has been so for a few years. Travel to the hallowed, ancient Jewish cemetery on the Mount of Olives is a very risky venture. Mourners are regularly stoned, and few bereaved families visit the graves there without going in an organized convoy. There is also frequent Arab vandalism of the graves. (Were such vandalism against a Jewish cemetery to regularly occur abroad, it would be an international scandal).

On the Temple Mount – which is the holiest site in the world to Jews – Jewish visitors are accosted frequently and systematically, while the police stand aside. It goes without saying that the almost-five-decade-long ban on Jewish prayer on the Temple Mount outrageously remains in place; lest the Arabs get really too angry.

Last month, masked Arab rioters, probably hired by the Islamic Movement or the Palestinian Authority-controlled Wakf, stormed and burned a police station on the Temple Mount. Nobody in the Israeli government emitted as much as hiccup.

The police continue to insist that the violence is “atmospheric” and not instigated by a guiding hand – but I wonder. The leader of the rabble-rousing Northern Islamic Movement in Israel, Sheikh Raed Salah, has been banned from the city, but his henchmen and those of radical Salafist movements continue to stir things up, especially on the Temple Mount.

THE ISRAEL POLICE and Border Police recently have made about 1,000 arrests in the city and charged perhaps 200 Arab rioters, but they have refrained from positioning a large, demonstrable street force in the seam line and eastern neighborhoods of the city. They are mainly relying on surveillance cameras and after-the-fact deterrent arrests; but this does not seem to be working.

Friends of mine serving in the Border Police in and around Jerusalem (and adjacent to Rachel’s Tomb on the northern edge of Bethlehem – where riots are commonplace) tell me that their hands are tied. Rarely are they allowed to charge and pursue rock-throwers, and they are essentially forbidden from using their weapons (except in extreme life threatening situations).

It is clear that our security leaders are more afraid of the beating or shooting death of an Arab protestor (and its predictable ultra-violent aftermath) than they are concerned about the ongoing, chronic situation of “low level” violence that we seem expected to endure.

The desire to avoid incidents that will become major conflagrations and international trouble for Israel – is understandable. But the current response strategy is insufficient. The government seems indecisive or asleep as Israeli sovereignty over many of Jerusalem’s eastern neighborhoods, Arab and Jewish, is being challenged.  One gets the sense that the Police Minister and the cabinet don’t want to even admit that there is a problem, less this scare Israelis and tourists away from the city.

BUT THE CRISIS is real and increasingly unavoidable. The Netanyahu government must devote much more attention to the re-securing (dare I say re-liberation) of Jerusalem.

Part of the answer is boosting the manpower and resources of the Jerusalem police force, which is clearly overburdened. There should be policeman stationed on every street corner, if and where necessary, and they should be empowered to act decisively the minute trouble begins.

A second part of the answer is enhanced prosecution and jailing of rioters, including minors, and an intense intelligence effort to identify and crush the professional instigators and ringleaders.

Some will say that another part of the answer is the devotion of more municipal services and budgets to the eastern parts of the city. That’s true, but let’s face it: The developmental gap is not why the violence is growing. Mayor Nir Barkat is indeed advancing Arab neighborhoods of the city, through announcement of new residential construction projects and more budgets for education and infrastructure in Arab neighborhoods.

A critical element for regaining control of the entire city has to be enforcement of civic law. Somehow, in the Arab neighborhoods of the city, building codes and noise pollution bylaws don’t apply. The Arab residents know how to take national insurance payments from the Government of Israel and to enjoy excellent health care privileges in the city’s clinics and hospitals, but they know nothing of municipal taxes, building permits, or yielding to stop signs.

This has to change. Part of regaining security control of the city is disciplining the Arab public to be law-abiding residents in all spheres.

The bottom line is that to hold on to a united Jerusalem, Israel must act forcefully to restore its full and active jurisdiction in all parts of the holy city. It must wield a big baton against Arab insurgents that are threatening the stability of the city. And there is no better time to act than now.

I doubt it coincidental that this week’s haftara (a portion of the Biblical Prophets read in synagogues around the world) is Isaiah 61: “For the sake of Zion I will not hold my peace, and for the sake of Jerusalem I will not be still… I will set watchman on the walls of Jerusalem all day or night… Go through, go through the gates, prepare the way of the people; bank up, build up the highway, clear the stones; lift up a standard for the people.”