In wartime, Israel has (re)discovered both friend and foe, and those who skulk in a morally-dubious middle ground. 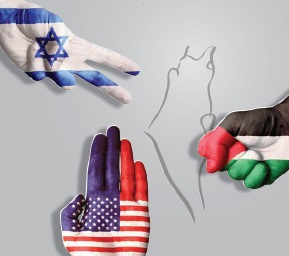 The adage is so very true: You discover who your real friends are in times of crisis. The war with Hamas has made it very clear who Israel’s friends, and foes, are, and who skulks in a morally-dubious middle ground.

THE LIST of Israel’s friends is shorter, but significant and powerful.

The list starts with hundreds of young Jews, from North America and France in particular, who made aliyah over the past two weeks, despite the war. The best line of the week belongs to Jewish Agency chairman Natan Sharansky who said “We’ve had more immigrants than missiles.” (Not quite, but close).

It continues with Jewish communal leaders and amcha (everyday Jews) around the world, who have either come to visit on solidarity missions, energetically gone to battle for Israel on the airwaves and social media platforms, or launched chain-mail prayer campaigns.

It continues further with Christian colleagues and friends everywhere, from many (but not all) denominations, who are praying, advocating and demonstrating for Israel. I pleased to say that I’ve been inundated with emails of support from Christian friends this week.

Then come the governments of Canada, Australia and to a certain extent France and Germany too, who backed Israel’s defensive operation, and provided Jerusalem with diplomatic time to conduct the just war against Hamas. Nobody surpasses the moral clarity of Canadian Prime Minister Stephen Harper. “Solidarity with Israel is the best way of stopping the conflict,” and “Canada is unequivocally behind Israel,” he said.

The Egyptian government of Abdel-Fattah el-Sisi , too, has proven to be a rock solid ally in the war on radical Islamic terrorism, out of shared interests. If Israel yet manages to squeeze Hamas into a corner or bring about its capitulation, it will partly thanks to Egyptian cooperation.

Finally and most meaningfully, Israelis have rediscovered true friendship among themselves. At no time in the 25 years that I have lived in Israel do I recall such a moment of shared national consensus. This is an existential war; a war for our homes – and whether in uniform or not, all citizens have drafted themselves to assist in some way.

The powerful sense of commonality of purpose that has gripped this country had its genesis in the outpouring of feeling and concern for the three boys kidnapped in Gush Etzion last month. In fact, the roundup of Hamas terrorist supporters in Judea and Samaria upon which Israel embarked because of the kidnappings is what led to the Hamas missile onslaught and the subsequent IDF counter-offensive, including our discovery of Hamas’ attack-tunnel network.

It’s all one war, and Hamas has underestimated the resolve of Israelis.

The poll numbers of support for the government and for continuation of the offensive until Hamas is knocked back drastically – are astronomically high. This, despite our painful battlefield losses; and despite skepticism about the length of reprieve from conflict that we might realistically gain.

The word “victory” has reentered national discourse, and that is a good thing. Israel needs victories over Hamas not only to defend against missile and tunnel attacks but to reestablish strategic deterrence versus other, more deadly enemies like Hezbollah, Al Qaeda and Iran.

THE LIST of Israel’s foes is longer, but predictable and manageable.

Sadly, the list of enemies includes Turkish Prime Minister Erdogan, who said that Israel’s barbarism surpasses Hitler’s. It includes radical Israeli Arab leaders like MK Hanin Zoabi (Balad) – probably the most hated woman in Israel – who has championed Hamas. It includes vast swaths of the European left – which turned out to demonstrate against Israel with the radical Islamists, flying the green flags of Hamas and Hezbollah, and smashing Jewish store and shul fronts. It includes the UN Human Rights Council, which has decided to investigate Israeli, but not Hamas, “war crimes,” with all European countries abstaining.

Sadder still, it includes the American Jewish J Street organization, which declined to participate in pro-Israel demonstrations this week because the rallies offered “no voice for [J Street] concerns about the loss of human life on both sides” and no recognition of the “complexity” of the issues or the need for a “political solution.” Such ugly, pusillanimous poppycock!

It also includes Mahmoud Abbas, who has quietly egged Israel on (since his Palestinian faction stands to benefit most from the decapitation of Hamas), while publicly lambasting Israel and accusing it of war crimes.

Abbas is not “part of the solution,” as the political Left ridiculously wants us to believe once again, but a central part of the problem. Hamas and other Islamic jihadists blew him away in Gaza and would do so in the West Bank if not for IDF control of the territory. And Abbas is no partner for any real peace accord, as the failed Kerry diplomatic process proved for the umpteenth time.

Beware the growing chatter on the Left about re-empowering Abbas in the West Bank and Gaza.

THE LIST of vacillating and doubtful friends is led, alas, by the Obama Administration. Every Administration statement about Israel’s “right” to defend itself has been “balanced” by hyper hand-wringing about Palestinian suffering.

Instead of leading a global diplomatic offensive that champions Israel’s “obligation” to protect itself, and that musters any and every means to help its sole dependable Middle Eastern ally in that mission, the Obama administration has acted to narrow Israel’s chances of success.

Secretary of State John Kerry showed up here yesterday to hand Hamas a victory by demanding an immediate cessation of hostilities based on the irrelevant and unacceptable 2012 ceasefire conditions.

Kerry wanted Israel to cease and desist at the current draw. He seems oblivious to Israel’s strategic need to finish the fight against Hamas with a resounding, unequivocal triumph.

I suspect that Kerry and his boss, President Barack Hussein Obama, were behind the FAA decision to halt American airline flights to Ben-Gurion Airport. It was a mafia-style warning: “Nice commercial hub you have there, Mr. Netanyahu. It would a shame if anything happened to your airport. Now do as we demand and call back your troops or your economy will wither.”

I say this because the 36-hour-long prohibition on landing at Ben-Gurion airport was uniquely stringent, and inconsistent with FAA practices elsewhere. There have been numerous multiple, very serious attacks on commercial airports in Pakistan, yet the FAA never jumped to ban flights to these places. Nor has the FAA blocked flights to Iraq, Syria, and Yemen. But against America’s close ally with the best missile defenses in the world, the FAA strangely sprung into action. I smell an Administration rat.

At this time of testing, Israel expected better behavior from its closest ally.

Rounding out my list of ambiguous friends are all those who claim to understand Israel but have taken particular umbrage at the destruction and wrath wrought in Gaza.

None of these “friends” were around to protest Hamas persecution and subjugation of Gazans over the past decade or the insane Hamas weapons buildup. None of these “friends” took to the streets to express outrage at the Hamas rockets that sent five million Israelis into bunkers. None have truly protested Hamas’ practice of hiding behind civilians.

None of these “friends” remonstrated too much about the 700 Arabs killed over two days last week in the Syrian civil war, or the tens of thousands of Palestinians starved to death in Yarmouk over the past year by Assad’s forces, or the 250,000 killed in that civil war over the past two years.

It must be so awkward having to check whether the dead child is from Gaza or Syria before deciding whether to be morally outraged.