Published in The Jerusalem Post and Israel Hayom, July 11, 2014.

Abbas, Peres, Livni, Obama and Kerry owe Israel overwhelming apologies for terrible errors of diplomatic judgement. They owe Prime Minister Netanyahu Brobdingnagian measures of remorse for mocking Likud’s warnings twenty years ago that the Oslo accords would lead to rockets from Gaza. Conversely, it’s time to cap the overdone apologies regarding the murder of Muhammad Abu Khdeir. Let’s not wallow too neurotically in Jewish collective guilt and give the enemy succor. 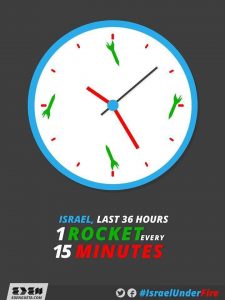 There has been a lot of apologizing going on this week; some justified and necessary, some not. Unfortunately, the most important, required apologies have not been forthcoming at all: from the Palestinians, the misguided Israeli left, and the international community.

Here is my tally of overdue and overdone apologies:

* Mahmoud Abbas: He owes Israel and his own people colossal contrition for his never-ending string of errors and calumnies that have encouraged terrorism against Israel, blown all chances for peace, and left Palestinians floundering in hate and victimhood.

Abbas’ decision to craft a unity government with the Hamas is the ultimate blow to the Oslo peace process, and makes him culpable for the war crimes of the Hamas terrorists now raining rockets down on Israel.

The man who once denied the Holocaust had the temerity this week to invoke “Auschwitz” when talking about the murder of Muhammad Abu Khdeir and then to accuse Israel of “genocide” in Gaza. Ugh. Now Abbas is going to the Hague to criminalize and isolate Israel.

Since apologies from this man are not forthcoming, and peace with him is unrealistic, Israel must be careful about investing too many more hopes in the Palestinian Authority.

* Shimon Peres and Tzipi Livni: Oblivious to Abbas’ treachery and trickery, these two leaders of the Israeli left feel no shame in continuing to promote Abbas as a paragon of peace.

They admit to no mistakes and offer no apologies for advancing Israeli territorial handovers that have ensconced jihadist forces in the south, and that would crown Hamas in the highlands of Judea and Samaria.

Labor Party leaders owe Prime Minister Netanyahu Brobdingnagian measures of remorse for mocking Likud’s warnings twenty years ago that the Oslo accords would lead to Katyusha rockets from Gaza. “Likud leaders are cowards,” sputtered former Prime Minister Yitzhak Rabin derogatively. “Scaremongers afraid of peace. There hasn’t been and won’t be any Katyushas fired from Gaza,” he said one year after Oslo. “Missiles on Ashkelon? That’s ludicrous!” Peres scolded with his signature sarcasm. Even he couldn’t imagine rockets from Gaza hitting Haifa.

Tzipi Livni still parades as the lady who will bring Israel peace, insisting that she knows the loving and moderate heart of Abbas. She had nine months to prove her thesis and failed, yet now risibly blames everybody else but herself. And certainly not her pal, the charming Abbas.

Methinks that apologies to the doubters of Oslo are overwhelmingly overdue.

* Barack Hussein Obama: The US president’s appalling evenhandedness in the current crisis (both sides “should show restraint,” and end the “cycle of violence”) is of a piece with his equanimity regarding the Hamas-Fatah accord.

By treating the pact as no big deal, Obama emboldened Hamas, allowing the Islamists to reclaim leadership in the “resistance” against Israel; which of course is a key contributing factor in the current escalation.

And by heaping disproportionate blame on Israel for failures in the peace process, Obama and Secretary of State John Kerry only heightened the Palestinian sense of grievance, reduced the likelihood of Palestinian compromise, and legitimized the Hamas assaults on Israel’s very existence.

Even though these two bumblers have no idea how to protect America’s core interests around the world, from Asia to Iran and the Ukraine, they still have the chutzpa to arrogantly berate Israel about West Bank withdrawals and security arrangements. After all, Obama and Kerry know better.

In addition, Obama’s arsonist approach to the international regime of pressure on Iran has left the region on fire and allowed Tehran to close-in on nuclear weapons.

In short, the administration’s conceit and condescension has exacerbated regional conflict, and already wrought palpable damage to Israel’s deterrence posture.

* Homegrown terrorism: Israelis and Jews worldwide have hurried to apologize for the gruesome murder of Muhammad Abu Khdeir, declaring “shame” on all Israel – and alas, correctly so. The revenge killing of this young boy from eastern Jerusalem is stain on Israel’s moral tableau, and the rot that begot this evil must be expunged.

But let’s not wallow too neurotically in Jewish collective guilt and give the enemy succor. Without in any way diminishing the severity of the crime, it is legitimate and important to remind ourselves that what is commonplace and acceptable in the political culture of the Palestinians is extraordinarily rare and unacceptable among Jews.

The rare Israeli terrorist is denounced roundly and emphatically by Israeli society, caught quickly, and jailed fast. He is a skunk, not a hero, of the Zionist movement and the Jewish people. Whereas (the many) Palestinian terrorists are celebrated widely by Palestinian society, glorified by Palestinian leadership, sheltered methodically from justice, and rewarded generously. They are role models, not outcasts, in Palestinian society.

Note that the suspects in Abu-Khdeir’s murderer already are under arrest in Israel. They have nowhere to hide in Jewish-Israeli society. Whereas the murderers of Naftali Fraenkel, Gilad Shaer and Eyal Yifrach are still at large, hiding among their sympathetic and admiring brethren in the West Bank or Gaza. There is no shame in the streets of Ramallah, Hebron and Gaza City about this; only triumphant jubilation and defiance.

My point is that you judge a society not the by crimes of a few, but on the basis of the way that society deals with its criminals and who it celebrates as its heroes. As such, we are fully justified in rejecting the moral symmetries between Israeli and Palestinian societies that our enemies are trying to draw.

So let’s indeed deal determinedly with our own demons, because they are dangerous. Their insidious hatreds are a profound betrayal of the Zionist enterprise. But keep things in proportion and cap the overdone apologies.