Are we ready for 100 years of diplomatic warfare?

Published in The Jerusalem Post and Israel Hayom, April 11, 2014.

The Palestinian leadership is set for another 100 years of diplomatic warfare against Israel. Is Israel up to the challenge? 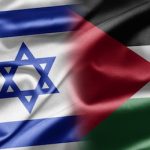 The latest breakdown in Israeli-Palestinian peace talks leads to the conclusion that, alas, a comprehensive agreement to end the conflict is not within easy reach. Of course, it Israel could and should negotiate partial agreements with the Palestinian Authority in order to manage the situation and improve everybody’s quality of life. But the Palestinians seem to have rejected a true end-of-conflict two-state solution.

Palestinian leadership will not renounce the so-called “right” of Palestinian refugees to return to Israel, nor recognize Israel as a Jewish state, nor declare an end to all claims against Israel – which, of course, are Israel’s bottom-line expectations for an all-embracing peace agreement.

The Palestinians view these contours as a trap; as a restrictive “sovereign cage.” They certainly feel no urgency about achieving a two-state solution of this sort. Instead, they seek a Palestinian state – without an end to the conflict. They want a state in order to continue the conflict.

And to achieve this, Palestinian leadership is set for another 10 or even 100 years of diplomatic warfare against Israel – with the aim of wearing Israel down, from within and from without.

Thus the Palestinian Authority plans to once again try to “internationalize” the conflict; to attack Israel with “lawfare” from every possible global angle; to seek the boycott and isolation of Israel in all arenas; to brand Israelis as war criminals and apartheid-style racists; and to smear Israel as a threat to world peace.

The PA hopes to unravel Israeli society from within by deepening the divisions between left and right in Israel; and to weaken Israel by driving ever-greater wedges between Israeli and Diaspora Jewries.

This sober reality raises the critical question: Is Israel geared-up, societally and diplomatically, to repel the Palestinian assault? Do we have the necessary social solidarity and political unity of purpose to withstand a long, delegitimizing Arab offensive? Do we believe deeply enough in the righteousness of our case and our cause?

Or has the Israeli public been so saturated with Oslo-era fantasies that it no longer has the stamina for sustained diplomatic warfare against the ill-intentioned Palestinian national movement?

Has the drumbeat of “Peace Now” and “peace-very-soon” and “peace-is-just-around-the-corner-if-we-only-try-a-bit harder-and-concede-a-bit-more,” sapped Israelis and Diaspora Jews of their capacity to abide protracted conflict with the Palestinians?

Is struggle against a revanchist, revolutionary and irreconcilable Palestinian national movement – one that will not be satisfied with a Palestinian “statelet” in the West Bank and Gaza that is hemmed-in by Israel – beyond Israel’s capabilities and energies?

Have Israelis so thoroughly bought into the bogus belief that the “occupation is corrupting” that they don’t have sufficient sense of moral superiority to resist Palestinian slander?

Have Israelis so completely accepted the defeatist line that “Israel is doomed” unless the two-state solution is rapidly realized, that in the absence of this Holy Grail solution they can’t hack the fight?

The Palestinians are hoping so. They are counting on Israeli weakness; on an Israel too dependent on Western love, Western comforts, and Western markets; on a post-ideological, sedentary Israeli society that is no longer geared for war, diplomatic or otherwise; and on a liberal Jewish Diaspora increasingly distanced from Israel.

They are counting on an Israeli society that knows only how to blame itself or blame the rival Israeli camp, not to unify in battle against an implacable and determined external adversary.

It is time for Israelis and Jews worldwide to pull together and prove the Palestinians wrong.