Let’s keep the settlement issue in proportion. Israeli settlements in Judea and Samaria neither explain Palestinian unwillingness to make peace with Israel nor excuse radical Islam’s Jihad against Israel. Nor did they cause the floods in England. 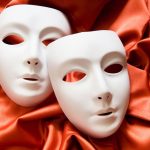 If a Martian landed on earth and used the Internet, he would quickly discover the root cause of all the region’s troubles: Israeli settlements in Judea and Samaria. So many bad things happen, and so many good things don’t happen, because of the settlements.

Indeed, if you use United Nations publications to study the Middle East you also will discover that all troubles can quickly be traced back to the settlements.

If it wasn’t for the settlements, you see, the Palestinians undoubtedly would recognize Israel’s right to exist as a Jewish state. Mahmoud Abbas would formally forgo the so-called “right” of return for Palestinian refugees. Hamas and Fatah would bury the hatchet. US Secretary of State John Kerry would win the Nobel Peace Prize, twice. And the BDS movement would stop seeking to demonize and delegitimize Israel.

If it wasn’t for the settlements, Ayatollahs Khameini and Rouhani would announce an end to Iranian nuclear enrichment activities and the dismantlement of all related nuclear facilities. The Iranians would also stop shipping missiles to the Islamic Jihad and Hamas.

If only the settlements would be torn down, the barbaric civil war in Syria would end. Assad would give up his biological weapons, not just his chemical weapons. Hizballah would stop fighting for Assad. Egypt would stabilize. The disintegration of Libya and Yemen would be halted. Tayyip Erdogan would recant his anti-Semitism and reconcile with Israel. He might even grant El Al landing rights in Istanbul.

Russia would withdraw all its military forces from the Ukraine, and Barack Obama’s polls wouldn’t be the lowest in US history.

If not for the out-of-control settlements, Ehud Olmert wouldn’t have taken envelopes stuffed with cash from Morris Talansky, or gotten into trouble with the Holyland project developers. Hadassah Hospital and Maariv wouldn’t be broke. The Ministry of Foreign Affairs wouldn’t be on strike. Haredim would be lining up to serve in the Sayeret Matkal commando unit. And Yitzhak ‘Bougie’ Herzog of the Labor Party would be Prime Minister.

French President Francois Hollande would not have left his long-term girlfriend, Valerie Trierweiler.

There is also no question in my mind that the evil settlements are to blame for the traffic jams in Tel Aviv, the poverty in development towns across Israel, our high crime rate, and more. I think that settlements are also responsible for the Shas victory in Bet Shemesh municipal elections and for the fact that Israel didn’t win any gold medals in ice hockey at the winter Olympics in Sochi.

The settlements also are also at fault for the crushing winter in America and floods in England.

SERIOUSLY speaking, I’m sure that readers recognize this litany of settlement wrongs as satirical nonsense.

However, I write this column only half in jest. It’s hard to be completely tongue-in-cheek when even some respectable Israelis have outlandishly and wildly called settlements a criminal enterprise. Former Attorney General Michael Ben-Yair termed settlements “the most evil and immoral act since World War II” – worse, he once said, than Pol Pot’s regime in Cambodia, Stalin’s crimes against his people, and the genocide in Darfur.

This is errant and irresponsible nonsense. Israel’s control of the West Bank is neither criminal nor genocidal. Settlements may be a real bone of contention between Israel and the Palestinians, but they are not the root cause of continuing conflict here or anywhere else.

Israeli settlements in Judea and Samaria neither explain Palestinian unwillingness to make peace with Israel, nor excuse radical Islam’s Jihad against Israel. Similarly, rolling back settlements will not necessarily bring peace with the Palestinians (– it certainly didn’t in Gaza), nor calm the convulsing Arab Middle East. Lambs will not automatically lie down with lions.

So let’s keep the settlement issue in proportion. Settlements are an issue for negotiation, a solvable matter of dispute. They’re not the bane of world peace and security. Everybody should stop using them as a thinly-veiled smokescreen for a great deal of anti-Israel sentiment.

See my column of last Friday: Get this: Kerry is not pro-Palestinian enough for leftist American Jews [4]