‘Tis the season to bash Israel

Published in The Jerusalem Post and Israel Hayom, Friday, December 27, 2013.

Abbas has invented a Palestinian Christ persecuted by Israel, thereby arrogating Jesus for Palestinian propaganda. Unfortunately, Abbas’ perversity is in keeping with the Palestinian Authority’s ongoing denial of Jewish history and rights in the historic Land of Israel. It doesn’t augur well for the peace process. 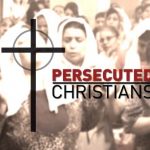 On the most important week of the year for Christian faith, you would think that churches around the world and the Western media would bear witness to the accelerated persecution of Christians in Arab lands by the forces of Islam. You would think that the de rigueur bashing of Israel might be put aside for a moment of Christian self-defense and solidarity.

Much of Western media devoted its Christmas ink, and many Christian NGOs dedicated their Christmas appeals, to purveying the false impression that Christians are under assault by Israelis; and worse still, that Jews are crucifying Christians smack in the heart of Bethlehem.

The singular, outstanding exception to this was Christa Case Bryant of the Christian Science Monitor, who published a finely-researched, 3,700-word article detailing the Muslim assault on Christians across the Middle East, often with government encouragement and support.

Bryant reveals that Iraq has lost at least half of its Christians over the past decade, and Egypt is wracked by the “worst spate of anti-Christian violence in 700 years.” In Syria, jihadists are killing Christians and burying them in mass graves. More than 600,000 Syrian Christians have been displaced or fled Syria since the rebellion began, according to Patriarch Gregorios III Laham, spiritual leader of the Melkite Greek Catholic Church.

In Gaza, Muslim militants have bombed churches, killed prominent Christians, and forced others to convert to Islam. In the West Bank, Arab Christians are better off than many in parts of the region, but only an estimated 50,000 live there – about 2 percent of the population, down from 10 percent in 1920. Christians now make up only 5 percent of the population of the Middle East, down from 20 percent a century ago.

But you wouldn’t know any of this from most media reports. Instead, most foreign correspondents produced the usual bash-Israel-for-Christmas articles, ignoring the dire plight of Christians across the region. Last year, for example, CBS’s Bob Simon produced a masterpiece of mistruth on “60 Minutes” in which he indicted Israel’s “occupation” for the decline of the Christian population in the entire West Bank. And the slam-Israel doozey of the year was published by Harriet Sherwood in The Observer, who wickedly evoked Biblical and Christian imagery to savage Israeli settlement in and around Jerusalem.

Sherwood painted a picture of a pastoral “Christian biblical landscape” with “gnarled olive trees,” “bleating sheep and goats,” and “vine covered terraces,” “near the site where angels announced the birth of Jesus to shepherds in a field” – all tended to with love by Bethlehem’s remaining Christian heroes. She then contrasted this with the evil Israeli security fence – “8 meter high concrete slabs casting a deep shadow, both literally and metaphorically, snaking around most of Bethlehem,” along with the monster “cranes, bulldozers, and concrete apartment blocks” – all of which are “strangulating” the city.

Sherwood capped-off her tiresome slam by telling us lovingly about a Beit Jala parish priest who “leads open-air prayers under olive trees at sunset every Friday” to protest the route of the security fence: “a vast concrete and steel barrier with a long steel-caged corridor with multiple turnstiles” that chokes off the main exit for Palestinians who want to go to Jerusalem.

Similarly blowing-off all pretensions of journalistic respectability, Ben White of Middle East Monitor published a filthy piece entitled “Bethlehem Bantustan 2013: Have Yourself an Apartheid Christmas.” White says that Bethlehem is “a microcosm of Israel’s colonisation of Palestine.” The refugee camps are home to those expelled from their villages in the “ethnic cleansing” that enabled a majority Jewish citizenry; camps where “Israeli soldiers snatch residents and deploy lethal force” against youth raised in the shadow of the “apartheid, choking wall.”

These screeds demonize Israel and seek to cover-up for the real reason for Christian decline in Bethlehem: the Palestinian Authority and radical Islam. It started with Yasser Arafat. Arriving from Tunis, Arafat immediately set out to suppress the Palestinian middle class across the West Bank, which he understood could be the only real opposition to his planned dictatorial authority. He nationalized most business sectors, and squeezed Palestinian small businessmen out of business. Especially hard hit were the middle class businessmen of Bethlehem, most of whom were Christian.

Arafat then sidelined the long-time Christian mayor of Bethlehem, Elias Freij, and Arafat’s henchmen led a campaign of terror and intimidation against Christian institutions and families in the city. Land theft, beatings and intimidation of Christians in Bethlehem by PA security services and other Muslim gangs became routine. Forced marriages between Christian women and Muslim men were reported. Arafat’s terrorists even took over and defiled the Church of the Nativity for 39 days in 2002, holding 200 priests as hostage as the terrorists sought to escape Israeli justice.

The result has been an inexorable and ongoing Christian exodus from Bethlehem; a city captured by the PA and taken over by a very intolerant strain of Islam.

None of this stopped the current PA president, Mahmoud Abbas, from this week releasing a malevolent Christmas message in which he cynically called Jesus Christ a “Palestinian messenger,” and went on to blast Israel for denying “millions” of Christians their “right to worship in their homeland.”

This is an ugly attempt to apply replacement theology (in which Christians are said to have superseded the Jews in a covenant with G-d) to the Palestinian assault on Israel. In Abbas’ reversed and warped world, the Jewish and Christian Jesus has been replaced by a Palestinian Christ, and Christianity is under attack by the Jews, not the Arabs and Muslims.

Few Christian leaders, and no prominent Western journalists, publicly took Abbas to task for arrogating Jesus to Palestinian propaganda. Turning the other cheek, they apparently thought, alas, that challenging Abbas just wouldn’t be in the Christmas spirit of justice, peace, charity, and love.

Unfortunately, Abbas’ perverse and perfidious statement is in keeping with the Palestinian Authority’s ongoing denial of Jewish history and rights in the historic Land of Israel. It doesn’t augur well for the peace process.