A Rosh Hashana prayer for independence

We need Heaven’s help in freeing ourselves from the clutches of fickle local politicians and even more fickle and feckless foreign nations. It is increasingly scary to be so utterly and overly dependent on America and the international community. 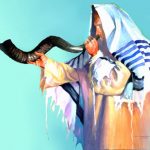 As the High Priest entered the Holy of Holies in the ancient Temple in Jerusalem, he offered a prayer for the state of the nation in the coming year. “May it be your will, O Lord,” he intoned, “that the coming year be for the Jewish People a year of rain and bounty, of fertility and sovereignty; A year in which the Jewish People will not be dependent on one another, nor dependent on other nations.”

My interpretation of this provocative prayer is that we need Heaven’s help in freeing ourselves from the clutches of fickle local politicians and even more fickle and feckless foreign nations.

We pray to G-d that we “not be dependent on one another” – meaning that He protect us from national leaders who promise one thing then do the opposite. This might refer to Ariel Sharon, who built but then destroyed the settlement movement; or Yair Lapid, who promised to advance the middle class but then clobbered it; or Binyamin Netanyahu, who built a political career warning of the dangers of Palestinian statehood but then embraced such statehood as the only way forward for Israeli diplomacy.

Of course, a certain degree of dependency in is unavoidable in the modern age. Israel’s strategic fortunes are very tightly tied to the state of the Western world. Israel cannot manage all diplomatic and defense files on its own. And Israel wants and needs to be part of Western cultural, scientific and business circles.

Yet it is increasingly scary to be so utterly and overly dependent on America and the international community. This is especially true at a time when the United States under President Barack Obama is clearly backing away from international commitments and signaling that it doesn’t want to lead in international affairs, and when the Europeans are intimating that they are sick and tired of Israel.

It hurts to be at the whim of Western weakness, indecision, and policies of appeasement. It is disheartening to be so dependent on a world that relates to Israel with double-standards, hypocrisy, and blatant cynicism. It’s uncomfortable to be wedged between Arab earthquakes on the one hand, and unrealistic Western expectations on the other.

So this year, when we get to that prayer of the High Priest in the Temple, this is what I will be thinking:

“Oh Lord, please reduce our dependency on improvident politicians and untrustworthy statesmen; while giving us good friends, honorable allies, and the resources to be as self-reliant as possible. Make Israel strong enough to work with the world, not fight with it; free enough to contribute creatively to the world, not be crushed by boycott and demonization; stout enough to set its own red lines and to defend them, not be hobbled by feeble red (or Green) lines blithely set by others; brainy enough to be respected by the world, not bullied by it. And, oh Lord, if and when necessary (Iran, Iran, Iran!), give us the fortitude to go it alone. Amen.”