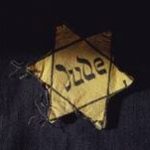 Imagery and language that fits nicely with the Protocols of the Elders of Zion is becoming commonplace in the Gaza and Ramallah press. This cannot be ignored. It would be scandalous if Palestinian anti-Semitism were to be glossed over by Jewish leaders and organizations because of any degree of discomfort with the Netanyahu government’s diplomatic posture. Such an omission would further neither the global fight against anti-Semitism nor the local search for Middle East peace.

Leaders from around the world gather in Jerusalem tomorrow for a meeting of the “Global Forum for Combating Anti-Semitism,” under the official auspices of the State of Israel.

Not always has the State of Israel seen the struggle against anti-Semitism as Israel’s fight. For the first thirty years of Israel’s existence, the unspoken attitude was “if Jews abroad have a problem with anti-Semites they can always migrate to Israel.” Indeed, the founding labor-socialist fathers of Israel were of the opinion that with the establishment of the Jewish state, anti-Semitism would eventually shrink to insignificance. Immersed in the business of building and defending the new Jewish nation, Israel’s leaders had no time for ‘troubles of the past.’

Attitudes began to change in the seventies. The campaign of political delegitimization against Israel launched by Arab countries after the Yom Kippur war often was tinged with anti-Semitism. To many Israelis, anti-Zionism and anti-Semitism seemed indistinguishable.

After the Rue Copernic synagogue bombing in Paris in 1980 and other terror attacks, Prime Minister Begin took the decision to have Israeli officials begin advising Jewish communities abroad on security measures, and response to anti-Semitism rapidly found its place on the national agenda.

With the disintegration of the Communist bloc, an enhanced role for Israeli diplomacy regarding anti-Semitism also became more necessary and possible. Jerusalem intervened and pressed for government crackdowns on official and street manifestations of anti-Semitism in the emerging states of the former USSR.

The wave of neo-Nazi violence that swept Germany in 1993 generated a demand for Israeli government action against anti-Semitism. The Knesset held a special debate on the matter, and one former Mossad chief even suggested publicly that Israeli agents act against neo-Nazi leaders.

Then-cabinet secretary (and now Supreme Court Justice) Elyakim Rubinstein established an “Inter-Ministerial Forum for Monitoring Anti-Semitism” in 1988, and expanded it to include Diaspora Jewish representatives and academic experts. The Forum and the Anti-Defamation League founded the Tel Aviv University Project on Anti-Semitism in 1992, a documentation and research center. The Project compiled reports on anti-Semitism around the world and eventually won a place on the Israeli cabinet’s agenda, reporting once a year. Subsequently, the World Jewish Congress joined the consortium, and began to convene an annual conclave of researchers and activists who monitored anti-Semitism around the world.

In 1997, Cabinet Secretary Danny Naveh took over responsibility for combating anti-Semitism, and he wanted to push for global legislation that would limit access to sources of hate literature, such as neo-Nazi web sites on the Internet. Unfortunately, this never happened. Diaspora groups, including the ADL, opposed this approach because it involved limits on free speech. In retrospect, this was a terrible mistake, given the monstrous proportions to which anti-Semitism on social networks and the web has today grown.

In 2003, Natan Sharansky became Minister for Jerusalem and Diaspora Affairs and founded the Global Forum against Anti-Semitism. Sharansky’s leadership and heroic global reputation made the Global Forum into an active, central coordinating body for Jewish leaders, activists, intellectuals and organizations around the world. “The State of Israel has decided to take the gloves off and implement a coordinated counteroffensive against anti-Semitism,” Sharansky wrote. “The State of Israel will play, as it always should, a central role in defending the Jewish people…”

Sharansky’s contribution was enormous. He focused attention on “new anti-Semitism,” which aims to emasculate the Jewish People by whittling away at the Jewish State. He developed a simple test – he called it the “3D” test – to distinguish legitimate criticism of Israel from anti-Semitism, and made this test into the global gold standard.

Sharansky’s test scrutinizes criticism of Israel for demonization, double standards and delegitimization of Israel (“the three D”) – which devolve into the dark zone of anti-Semitic expression and intent.

Canadian Prime Minister Stephen Harper formerly adopted Sharansky’s 3D definition as his own, in the magnificent speech Harper gave in 2010 to a meeting in Ottawa of the Inter-Parliamentary Coalition for Combating Anti-Semitism.

Sharansky also led the Forum in focusing attention on radical Islamist and Arab anti-Semitism, and on anti-Semitism in the NGO world.

Since then, the Global Forum has met in Jerusalem seven times, now under the auspices of the Israel foreign and diaspora ministries, and it has been graced by many non-Jews and cabinet ministers from several foreign governments. But all the while, global anti-Semitism has reached post-Holocaust epidemic proportions.

Gerald Scarfe’s blood-curdling anti-Israel cartoon in the London Sunday Times this past January is a case in point. It was “new anti-Semitism” par excellence, and it should sound a piercing alarm about the breakdown of all limits on reasonable discourse when it comes to Israel.

The editorial cartoon depicted Prime Minister Benjamin Netanyahu (just then reelected for a third term) building a wall with the blood of Palestinians for cement, and trapping writhing Palestinian skulls among the bricks. “Israeli elections – Will cementing peace continue?” read the caustic caption.

It’s clear that the image was meant not only to express criticism of Israeli diplomacy (say, the building of the security fence). Rather, the imagery was meant to demonize Israel, evoking Biblical imagery of Pharaoh burying alive Israelites in the walls of the palaces and pyramids of Egypt.

And when published, as it was, on International Holocaust Memorial Day, it said: Israelis are the new Nazis.

It said: Israel’s Netanyahu is a callous, bloodthirsty, out-of-control maniac who eats Palestinians for breakfast, grinds their bones for lunch, mixes their blood for mortar before afternoon tea, and uses their skulls as building blocks before sitting down to dinner.

Almost a decade ago, the great American novelist Cynthia Ozick, wrote that: “The contemporary Big Lie concerns the Jews of Israel: they are oppressors in the style of the Nazis; they ruthlessly pursue, and perpetuate, ‘occupation’ solely for the sake of domination and humiliation; they purposefully kill Palestinian children; their military have committed massacres; their government ‘violates international law’; their nationhood and their sovereignty have no legitimacy; they are intruders and usurpers inhabiting an illicit ‘entity,’ and not a people entitled as other peoples are entitled; and so on and so on. Reviving both blood libel and deicide, respectable European journals publish political cartoons showing Prime Minister Sharon devouring Palestinian babies, and Israeli soldiers bayoneting the infant Jesus.”

Unfortunately, in much of the world today the Israeli-Palestinian dispute cannot be debated without resorting to diabolical and satanic imagery about Israel. Even more unfortunately, the source for such imagery lies in the Palestinian press itself.

Nevertheless, some of the Diaspora Jewish leaders gathering in Jerusalem this week are reticent to focus on Palestinian anti-Semitism. “Our ability to combat anti-Semitism around the world could be undermined if the Forum is perceived to be pursuing a political agenda,” one of the Forum members told me.

I say that this is shortsighted and disingenuous. Imagery and language that fits nicely with the Protocols of the Elders of Zion is becoming commonplace in the Gaza and Ramallah press. This cannot be ignored. It would be scandalous if Palestinian anti-Semitism were to be glossed over by Jewish leaders and organizations because of any degree of discomfort with the Netanyahu government’s diplomatic posture. Such an omission would further neither the global fight against anti-Semitism nor the local search for Middle East peace.

* The author was a member of Justice Rubinstein’s Inter-Ministerial Forum in the 1990s, and founding coordinator of Minister Sharansky’s Global Forum against Anti-Semitism, 2003-2005.