I have a dream: Israelis awake from their slumber and say dayenu — we have conceded enough for the sake of peace with the Palestinians. 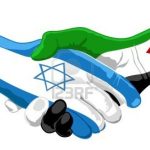 Published in Israel Hayom, March 31, 2012.  Click for a printer-friendly copy.

Oh, how we have compromised and conceded so much for the sake of peace with the Palestinians!

And we said Dayenu – we’ve had enough of the conflict; we will live with this, for the sake of peace.

Arming Yasser Arafat’s police force with tens of thousands of rifles and other military equipment was said to be necessary for peace too. Even when this “police” force and other Palestinian Authority security forces mushroomed far beyond the numbers permitted by accord with Israel, and even when these “police” fired on IDF soldiers and Israeli civilians, we said Dayenu – somehow, we will live with this. Peace requires us to look the other way.

Turning a blind eye to PA human rights abuses, Holocaust denial, and virulent anti-Semitic propaganda also was necessary for peace, it was explained to us. And we reluctantly said Dayenu – we will live with this.

Next, it was imperative to give Arafat more land in Judea and Samaria so that he could “solidify his regime.” So we signed the Oslo II accord, handing over more than 30 percent of the West Bank, despite the fact that the PA had failed to live up to its original Oslo treaty obligations. And again we said Dayenu – we will live with this.

The PA’s commitment to fighting terror proved spotty and sporadic. Pot-shot shootings at Israeli passenger cars and roadside bombing attempts became so routine that these ceased to make headlines. Next, the City of our Patriarchs was handed over to the PA, with minimalist security arrangements in place for the protection of Hebron Jewish residents.

But we said Dayenu – we will live with this, in the hope that peace will yet come.

The Wye accord committed us to three more staged withdrawals: first an additional 13 percent of territory, then another 9 percent. This put 98 percent of the Palestinian population of the territories under Arafat’s control, along with about 45 percent of the land and some important mountain aquifer resources. Some Jewish towns became isolated pockets within Palestinian-controlled territory. Arafat again promised to live up to his original treaty obligations.

And we said Dayenu – we will live with this.

We turned a blind eye to the creeping but clear PA takeover of Jerusalem, our “united capital.” We stood by haplessly as the PA built a “parliament” building on the borders of Jerusalem; as PA security men became the real enforcers in the Old City; and as the Wafq undertook massive illegal construction on the Temple Mount, along with purposeful destruction of Jewish relics and layers of archaeological history going back to Temple times.

It was hard, but we said Dayenu – we’ll stomach the insult because peace requires compromise.

In the summer of 2000, Arafat started to huff and puff and threaten Israel, talking about renewed armed conflict and a unilateral declaration of statehood. Again, we were supposed to say Dayenu – we will swallow this for the sake of peace. But our forbearance began to wear thin.

We suffered more than two years of terrorist violence and suicide bombings before launching Operation Defensive Shield and then beginning to build the security fence. Israel had been pushed too far, and people began to question and protest the peace process.

At Camp David in 2000, Taba in 2001, and 2008 in Jerusalem, the PA turned down Israeli offers of statehood that would have given them a state in virtually all of the West Bank, Gaza and eastern Jerusalem. The PA also lost Gaza to Hamas control.

In 2009 the Palestinians set impossible and outrageous preconditions for entering any peace talks with Israel. Basically, they demanded that Israel concede every point of contention such as borders and settlements in advance of the talks: a state on all of the pre-1967 territories with only “possible minor and mutually agreed upon land swaps of equal size and value;” the “right of return to Israel for refugees as specified in the Arab Peace Initiative,” and so forth and so on.

At this point, most Israelis said Dayenu – we’ve truly had enough. The peace process is a mirage.

In 2012, Abbas and Fayyad sought to turn the established framework for peace upside-down; to get their statehood “declared” by the international community without having to compromise with Israel; to claim the end result of the “peace process” without having to engage in any process.

Abbas went before the UN General Assembly and called upon international community to “compel the government of Israel to respect the Geneva Conventions” and “impose a solution” (a Palestinian state) on Israel. He accused Israel of numerous crimes, including ethnic cleansing, terrorism, racism, inciting religious conflict, apartheid, house demolitions, dispossession, imprisoning “soldiers of freedom,” settlement colonization and more. He threatened to “criminalize and penalize Israel’s presence as an occupying power in all of the occupied Palestinian territory” through the International Criminal Court. The UN then “recognized” some sort of virtual PA state, against Israel’s objections. Abbas, of course, stuck by his refusal to enter direct and unconditional peace talks with Israel.

Israelis were well past Dayenu at this point. No peace process seemed relevant or possible.

Yet still, Israel continued to transfer hundreds of millions of shekels to prop-up the Palestinian economy, to initiate and encourage international development projects in the PA, to back PA requests for mega-loans and grants from the IMF and other donor countries, and more. And the world? It continued to demand Israeli gestures and concessions and withdrawals to prop-up the PA and the “process.” U.S. President Obama arrived to lecture Israel on “justice” for the Palestinians and the need for Israelis to “demand” that their leaders push harder for peace. Enough of the “occupation,” Obama said.

What happened then? Well, last night I had a dream. And in this dream, this is what happened. An Israeli backlash developed. The People of Israel awoke from its slumber and said Dayenu! Enough is enough! One million Israelis turned out for a mass rally in Tel Aviv to declare that no amount of Palestinian threatening or violence, nor any degree of international pressure, would succeed in pushing us beyond our security red lines or strip us of our national and religious treasures.

We’ll make peace with Palestinians, Israelis overwhelmingly declared, but there will be no return to the 1967 borders; no destruction of Israeli cities in Judea and Samaria; no influx of Palestinian refugees; no relinquishment of sovereignty in Jerusalem; and no real diplomatic process until Hamas is neutered, Gaza is demilitarized, and peace education replaces anti-Semitic incitement in the PA. Dayenu, they proclaimed!

And faced with a determined Israeli consensus, the PA sued for peace on reasonable terms, and quiet reigned in the Land of Israel.