Bennett should not back down on the draft issue in the face of Haredi threats, because rolling back Ultra-Orthodox influence on matters of religion and state is critical to the health and unity of this country. 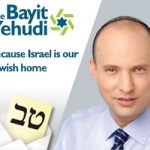 Published in Israel Hayom, February 5, 2013. Click for a printer-friendly copy.

The Haredi draft issue is proving to be the sticking-point in the current coalition negotiations. Rightfully so, because focusing on this matter is the key to ending the chokehold that Ultra-Orthodox (Haredi) parties have had on Israeli politics and matters of religion and state for the past 20 years.

It’s not that I believe that a new enlistment law will truly change the situation and bring about the mass conscription of Haredi yeshiva boys and kollel men into the IDF. It won’t. Whatever new legislation is crafted will be a compromise measure that changes things only at the margins, and will, at best, accelerate pre-existing and hopeful trends already underway geared toward greater workforce participation and national service among Haredim.

In fact, the thing that could be far more influential than any draft law would be to change our national budget in a way that cuts stipends and discounts to the non-working Haredi yeshiva society, in housing, taxes, health insurance, social benefits, education and so on – but that is another discussion.

The point is that by focusing on the draft issue – which makes it almost impossible for Shas and UTJ to join the coalition – Yair Lapid of Yesh Atid and Naftali Bennett of Bayit Yehudi are attempting to strip the Haredim of the inordinate political power they have held in Israeli politics for far too long.

This explains the venom expressed in the press over the past two days by Shas towards Lapid and especially Bennett, and the attempts by Haredi rabbis to pressure Bennett into backing down by appealing over his head to a series of national-religious rabbis who straddle the Haredi-Religious Zionist divide, to the right of Bennett.

But these attempts to emasculate Bennett and “save” the Haredi community from facing reality mustn’t be allowed to work.

To begin with, the current appeal of Haredi leaders to Religious Zionist leaders to “save them” from the clutches of Yair Lapid is so overwhelmingly hypocritical and worthy of utter rejection. These are the same Haredi leaders, especially the ugly rabble-rousers of Shas, who just last month called the Bayit HaYehudi (the Jewish Home) party the “home of goyim,” and who have worked assiduously for two decades to root-out any remaining, moderate influence of Religious Zionist rabbis and politicians in national affairs.

Now, Shas is cynically demanding that Bennett come to their aid.

Remember that according to Shas, Religious Zionist rabbis and politicians are the rabbis of “Kochavit Giyur” (Dial-a-Conversion) – Reform-minded, weak-kneed, liberal destroyers of Torah tradition who are bastardizing conversion standards and letting thousands of Russian non-Jews into Israel’s Jewish community.

Now, Shas has the chutzpah to demand that the National Religious community save it.

More substantially, Bennett must not give into the pressure to back off the haredi draft effort or his alliance with Lapid because rolling back Haredi influence on matters of religion and state is critical to the health and unity of this country.

It’s time, once again, for the face of Torah and Jewish religion in public life be one that is not ambivalent to the Zionist enterprise, that does not scorn the rule of law and democratic institutions, that does not evince utter rejection of modernity, and that does not disparage and denigrate the secular public.

Let’s remember that since the political Left in Israel unfortunately handed the keys to Israel’s Jewish character over to the Ultra-Orthodox in the 1990s (in order to purchase Haredi support for Oslo I and II, the disengagement from Gaza and more), Ultra Orthodox parties and their rabbis have conducted a slow but inexorable conquest of the rabbinate and religious courts, conversion courts, municipal religious councils, kashrut agencies, and more.

The deleterious results are clear: City rabbis who demand extreme gender separation requirements in municipal public events and public spaces, burial societies which institute strictures in funeral proceedings (especially regarding the role of women), courts that apply stringencies in matters of marriage and divorce and especially conversion, and Haredi politicians (some also claiming the title rabbi) sounding off with xenophobic, anti-Zionist, anti-modern and anti-nationalist statements on public matters every Monday and Thursday.

In addition, Shas leaders have created a rapidly-growing network of party-affiliated schools that entrenches and glorifies ethnic resentments, teaches absolute religious condescension towards all others and disdain of the modern world, and which prepares its graduates to do nothing in the working world. In short, a retrogressive Torah education, not a wholesome, productive and broad religious education.

I also refuse to forget and forgive Haredi leaders and rabbis who have termed Religious Zionists as “fools who believe anything,” leftist politicians as “Amalek,” and Supreme Court justices as “nidda rapists” (breakers of the laws of ritual purity). Former Shas MK Rabbi Moshe Maya even called Supreme Court justice Dr. Elyakim Rubinstein, who is a Religious Zionist, “an anti-God blasphemer who should be excommunicated.”

And let’s not forget all those week-kneed, too-liberal Religious Zionist rabbis who are bastardizing conversion standards, dial-a-conversion-style. The same rabbis to whom Shas is now appealing in efforts to “save” the Haredim from Bennett.

The insufferable, overflow of self-righteousness, and the hostility towards broader Israeli society, evident in Haredi political behavior needs to be curbed. The Haredi political juggernaut needs to be rolled back. Instead, it is time for moderate Religious Zionism to reassert its place in matters of religion and state and public policy.

Bennett should not back down.