My predictions of what would be in 2012 with Netanyahu, Yachimovich, Deri, Lieberman, Abbas, Ahmadinejad, and Assad were bang on! I even correctly estimated the percentage of American Jews who would vote for Obama. I got only Egypt wrong (but so did everybody).

Here again is my annual “crystal ball” column, as published in The Jerusalem Post [1] and Israel Hayom [2] exactly one year ago (January 3, 2012). Uncannily accurate.

Watch for my 2013 predictions later this week. 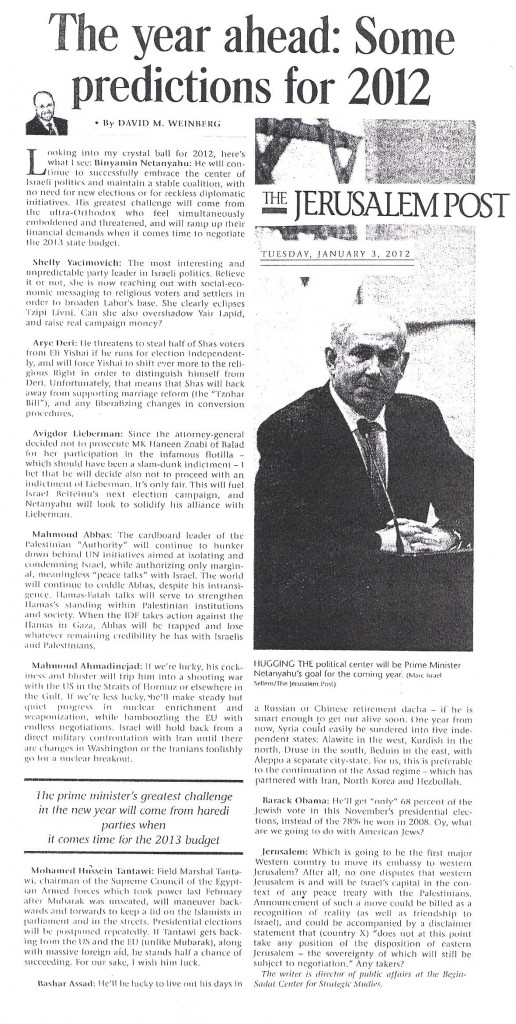