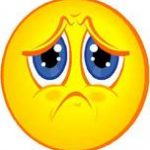 Tisha Be’Av, the mournful commemoration of Jewish national destruction and self-destruction which falls this weekend, hasn’t quite reached the status of Yom Kippur as a day of reflection and repentance. But it should. Especially here in modern Israel.

We are repeating so many of the mistakes made by our ancestors in the First and Second Jewish Commonwealth periods; mistakes which have, in past, brought about social decay, moral decline and political disintegration.

All of us ought take a spell from our regular regimen this Sunday, have a seat on the floor, and take a hard, contemplative look at the social or political group we each respectively belong to, and at the state we are building. Or should I say – at the state we are in danger of mangling into ruin.

Of course, doing so requires a capacity for self-criticism and a hefty dose of humility. In Israel these days, humility is in short supply. The rich and the successful, and the politically powerful, exude a preening pride and overbearing self-confidence that leaves no room for self-doubt, change or compromise. Israelis are, as a rule, unrepentantly certain that their individual viewpoint is absolutely correct, barring all others.

Nevertheless, our society as a whole has a few things to mend. Among the issues we all might want to reflect about this Tisha Be’Av are:

* Violence in society: We’re cavalierly murdering each other in disputes over beach chairs, parking spots, and TV programs. Last week, yet another husband murdered his wife. To that, you can add over 20,000 cases of violence within the family each year; 60,000 burglaries; 14,000 drug related offenses, and so on.

Who is going to act to reduce the violence in our schools? Fifty percent of our kids have experienced classroom violence in grades six through ten; 45 percent report “a lot” of hooliganism, bullying or property destruction in their school; and 14 percent have required medical attention from injuries sustained in school violence.

* Economic injustice in society: The average gross income among the top decile of Israelis – the richest ten percent of the population – is 48 times the average income in the lowest decile. Put another way, 25 times more money goes to the richest fifth of the population than to the poorest fifth. There is not one Western country, not even the US, which comes even close to Israel in the inequality of income distribution. Who is going to ensure socio-economic justice?

* Educational failures: Seven percent of our youth drop-out of school every year in grades nine through eleven – that is 20,000 kids. In Sderot the drop-out rate is a whopping 21 percent; 28 percent in Netivot. New immigrants are also dropping out of high school at a higher-than-acceptable rate. Only 48 percent of high school students pass their matriculation exams. Who is going to overhaul our educational system?

* Hatred sowed by politicians: Once upon a time we tended to chalk-up the rough talk to Israeli ‘character’ and shrug it off. But the disgraceful level to which some politicians have sunk over the past year – particularly in the debate over draft of Haredi men – is alarming. Moderation, nuance, restraint and reasonableness have become orphan concepts in this country’s political landscape. The prevailing culture is ‘kasach’ — unbridled, untamed confrontation. It’s no wonder that there is no exact Hebrew translation for ‘civility’ and ‘subtlety’. We probably wouldn’t know what to make of the words or how to apply them.

So on Tisha BeAv it’s worth remembering that a previous Jewish commonwealth disintegrated, our sages say, because everybody hated each other. And because leaders led the vulgarization of society, instead of preventing it. Thus we need leaders who eschew inflammatory, seditious demagoguery.

We ought to be able draft many haredim, for example, without demonizing them. The opposition ought to be able to challenge the Prime Minister for national leadership without having to portray him as a profligate liar in order to get across its messages of hope and peace. The politics of defamation have been tried before in this country with disastrous and tragic results. Beware.

* Jewish and Zionist identity of society: The attenuation of a proud Zionist-Jewish perspective in our schoolbooks, media, culture and arts scene dangerously threatens to strip us of the moral strength necessary to persevere in the continuing struggle for Israel’s place in the Middle East. It is time to stop and ask ourselves: Has our heightened capacity for self-criticism gone too far? Isn’t it time to reenergize our national spirit with a little historical perspective that allows us to recognize the essential morality of the Jewish return to Zion?

What better moment than Tisha Be’Av to remind ourselves of our unassailable and unmatchable claim to Jerusalem; to reaffirm the deep roots of Jewish identity and Israeli nationality that run through ancient Jerusalem — far beyond the practical calculus of municipal demographics, security concerns and political timetables?

So this Tisha Be’Av, let us recommit ourselves to an overhaul of society: to more refined use of language in public discourse, just a little less hacking at each other politically, a touch more tolerance in education, more honesty in business and increased philanthropy, a crackdown on crime, fairer distribution of the national burden, more concern for the widow, orphan and unemployed, and some reverence for heritage and Zionist achievement.

See also my article from earlier this week: Biblical Rhapsody and Regret: The annual Herzog College Bible study seminar at Yeshivat Har Etzion in Alon Shvut – attended this year by over 6,000 Israelis — is a magnificent enterprise, an intellectual treat, and an exhilarating spiritual experience. Too bad it gets no media coverage.