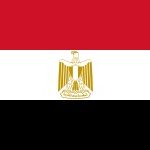 The cold peace gets even colder. And the Mediterranean basin is in danger of becoming an Islamic sea. Time to rebuild Israel’s defenses in the south.

Thirty-three years ago this week, on the White House lawn to the cheers of thousands, Menachem Begin and Anwar Sadat signed the Egypt-Israel peace treaty. Will the peace treaty survive the current upheavals in Egypt?

That was the question posed earlier this week to a panel of experts from the Begin-Sadat Center for Strategic Studies, who convened at Jerusalem’s Menachem Begin Heritage Center. Assessments ranged from mild to downright pessimism.

Dr. Liad Porat of the Begin-Sadat Center says that Egyptian Moslem Brotherhood Supreme Leader Dr. Mohammed Badi regularly speaks about the evils of Israel, and teaches that Jews and Israelis can never be trusted. Badi’s disciples will do everything possible in every international forum to make Israel’s life difficult, Porat says. Nevertheless, the Brotherhood has been cautious, Porat points out, and won’t necessarily abrogate the Egyptian-Israeli peace treaty even if the Islamists in parliament gain control over Egypt’s foreign and defense policies (which are currently still controlled by the military).

Prof. Hillel Frisch is even more sanguine, arguing that Egypt’s dire economic situation will prevent the leadership from embarking on a military build-up or a war with Israel. Frisch notes that Egypt’s foreign currency reserves have fallen from $120 to $60 billion in the past year alone; GDP growth is down from five to one percent; and there are major shortages in some basic commodities. Clearly, Egypt cannot afford to spend billions on its military or risk a war. Moreover, Egypt’s economic aspirations – to be a regional economic power like Turkey, Iran, Malysia or India – simply do not jive with re-militarization.

According to Frisch’s estimates, if Egypt went to war with Israel it would lose almost $4 billion in tourism revenues, $2 billion in U.S. aid, $1 billion in Suez Canal revenues, billions in gas sales, and more. No Middle East actor, including Iran, could possibly compensate Egypt for these losses. Therefore, Frisch concludes, war is not in the offing.

Begin-Sadat Center director Prof. Efraim Inbar agreed with Porat that the Brotherhood has been cautious and with Frisch that there is a low probability of war with Egypt at any time in the foreseeable future. But, Inbar warned, the Islamist leaders of Egypt are new and inexperienced in foreign and defense matters, and may be prone to mistakes. They view the demilitarization of Sinai, for example, as a national insult, and some Brotherhood leaders are agitating to change this. For Israel, this would be a red line, Inbar said. The demilitarization of Sinai is the very linchpin of the peace treaty! Additionally, the continued “Somaliaization” of Sinai – the peninsula is becoming a lawless free-fire zone for terrorist groups of all types – could also trip Israel into war in the Sinai and with Egypt too, Inbar warns.

Inbar counsels caution and patience for Israel. Jerusalem should do nothing to exacerbate an already-flammable situation, he says, while quietly re-building its defenses in the south of the country. This includes, perhaps, the building a new IDF division for defense of the south and the expansion of the Israeli navy – both of which are long-term and expensive projects. It also requires the IDF to be ready and trained for the possible recapture of Gaza and part of the Sinai, he said.

Israeli Ambassador to Egypt Yitzhak Levanon, who was spirited out of our Cairo embassy six months ago as rioters ransacked the premises, notes with sadness that the peace with Egypt can only be expected to get colder and colder. He checked, he says, and unlike Israel, no government or public organization in Egypt is holding even the smallest panel discussion or ceremony to mark the Egypt-Israel treaty anniversary this week. How sad.