One of Israel’s leading feminists, Prof. Dafna Izraeli passed away in February 2003. She had broad shoulders, a powerful sense of morality, and the courage to adopt independent positions – even if those were at odds with her feminist and liberal convictions. 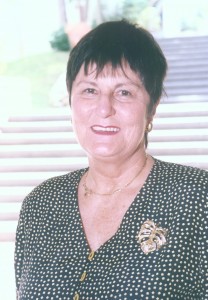 It isn’t often that Ger hassidim, peace activists from the political Left, Religious Zionist leaders, university professors, feminist activists, rabbis and doctoral students in gender studies get together. I was witness to just such a unique, yet sad, gathering, exactly thirty days ago today, at the funeral of my good friend, the late Prof. Dafna Izraeli.

I shall never forget the moment at this funeral when Kaddish is traditionally said by bereaved members of the family. Dafna’s Ger hassid son-in-law had just finished intoning several chapters of Psalms, with his wife, Liora and their many long-earlocked children standing by. Then, Dafna’s second daughter Sharona and her son Hayyim stepped forward, and said Kaddish together. That contradictory, yet so-very-tolerant, moment encapsulated a great deal about the life and times of Dafna Izraeli.

Tolerance and care for all people was a hallmark of her life. No-one just “knew” Dafna. If she knew you, Dafna was your friend and was interested in everything about you. She wanted to help in any way. Her many students over the years in the sociology department at Bar-Ilan University will testify to that.

What attracted Dafna to people was sincerity and a determination to good. This rule applied even if you believed in things very different from her beliefs; even if your political, social and religious worldviews were radically dissimilar to hers — a very rare quality, indeed, in today’s divided, obnoxiously opinionated Israeli society.

Dafna Izraeli also was made of very strong mettle. She had broad shoulders, a powerful sense of morality, and the courage of her convictions. Often enough, she surprised her colleagues by adopting positions that on the surface were at odds with her feminist or liberal convictions. But Dafna was no automatic, knee-jerk liberal. She had a keen sense of fairness and the wisdom to know that exceptions to the rule were as important as the rule itself.

I write all this because in the many press descriptions of her life and impressive achievements, Dafna’s magnificent personality was lost in the shuffle.

Indeed, Prof. Izraeli was the founding director of the Rachel and J.L. Gewurz Center for Gender Research, and Israel’s only graduate program in gender studies, both at Bar-Ilan U. She wrote six books, and pioneered research into women in the Israeli army. She worked tirelessly for peace and democracy; was a founding member of the Israeli Women’s Network; and served as vice president of the New Israel Fund. As the many print testimonies made clear, an entire generation of feminist and gender studies scholars in Israel owe their careers to her.

At the same time, I am convinced that Dafna Izraeli reached the position of influence and widespread respect that she commanded not only because of her pioneering research in gender studies or her feminist activism. I think that Dafna was greatly respected and listened to also because of her giving character and endearing style. She believed in dialogue and education, not angry confrontation.

Perhaps five years ago, a Bar-Ilan U. Torah study center ran a symposium for Talmud and rabbinical students on family law and the rabbinical court system. All the lecturers were men. Dafna wrote to the educator responsible for the symposium, Rabbi Aharon Katz, critiquing the symposium and detailing the important work on family law and the rabbinical courts conducted in recent years by several female researchers. Your students should hear from such women experts too, Dafna argued.

Dafna’s demarche to Rabbi Katz was firm yet practical and respectful. That was her way. Rabbi Katz was so impressed by Dafna that he took up a year-long dialogue with her, in both written correspondence and direct discussion. I know that the rabbi and Dafna both felt they grew from the experience. Today, the type of gender research Dafna wanted rabbinical students to know about indeed is incorporated into Rabbi Katz’s student seminars.

Dafna and her husband, Prof. Dove Izraeli of the Tel Aviv U. Faculty of Management, died just three weeks apart, both of malignant illnesses. I’m sure that their books and professional victories will be appropriately recognized and memorialized by their academic colleagues. I miss them most, however, for their dignity, friendship and love.