This tribute to our holy teacher Rabbi Shlomo Carlebach is still valid 20 years after his passing! 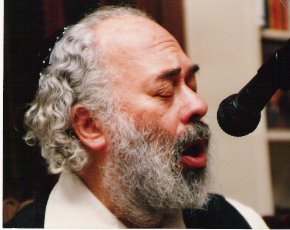 So misunderstood and unappreciated in his lifetime, yet so celebrated and yearned-for after death — such was Rabbi Shlomo Carlebach, the saintly singer and composer, storyteller, scholar and saver of souls, who passed away four years ago this month.

There is nary a Jewish bookstore in the world that today doesn’t feature multiple shelves of Reb Shlomo’s recordings and taped chassidic stories, or books of enchanted tales about the singing and whistling Rabbi’s good works.

“Carlebach-style” concerts and Friday night prayer groups are the rage in yeshivot and religious centers, sprouting like mushrooms after a deep rain, drawing young and old. Even the most ultra-Orthodox newspapers are filled with glowing tributes to “holy Reb Shlomele”, the most prolific Jewish composer of this century, who “rediscovered the melodies sung by the Levittes in the Temple, drawing on Divine inspiration to reintroduce more than 1,000 heavenly hymns in our generation”.

It wasn’t always like this. In his lifetime, the off-beat “hippie’s rabbi” wasn’t exactly appreciated by many in mainstream circles, despite his illustrious hassidic lineage, impeachable rabbinic credentials (ordained by Lakewood’s Rabbi Aharon Kotler, no less), deep knowledge of Talmud, kabbala and hassidut, and unparalleled track record in bringing lost souls back to Orthodox tradition. His methods, they used to say, were “unconventional”.

And so they were. Courageously so. Who else was prepared to foray into the ashrams, hippie villages and pubs of the 1960’s flower-child generation, showering love and acceptance of all? Who else was prepared to take the beauty of Jewish mystical teachings and niggunim to the Berkeley Folk Festival, to ‘Holy Man Jamborees’ and ‘Whole Earth Expos’ – which were packed with wandering Jewish youth searching for spiritual guidance? Only Reb Shlomo.

“If you want to raise a man out of the mud”, Reb Shlomo would quote his namesake Rabbi Shlomo of Karlin, “you have to go all the way down yourself into the mud, and then pull him and yourself out into the light”.

Especially Moscow. Reb Shlomo was there long before anyone else was paying attention to Russian Jews. His 1965 song Am Yisrael Chai – The Jewish People Lives! – became synonymous with the struggle to free Soviet Jewry.

On one of his frequent undercover trips behind the Iron Curtain, a Jewish youth knocked on Reb Shlomo’s door, begging for teffilin, a siddur and a yarmulke so that he could properly celebrate his upcoming bar-mitzvah. But, as the tale goes, Reb Shlomo had exhausted his large, smuggled stock of these items. So Reb Shlomo gave the earnest lad his own pair of tefillin (a family heirloom), his personal prayerbook, and the yarmulke literally off his head.

Landing in Vienna several hours later, Reb Shlomo asked to borrow tefillin for morning prayers from a Jew praying in the airport lounge. “Before you ask for tefillin, go worry about getting yourself a head-covering”, the man scornfully responded. Knowing that once again he was being misjudged unfairly by a fellow Jew lacking sufficient heart and vision, Reb Shlomo responded sadly: “Ah well my friend, one day you should only merit the holy yarmulke that is now covering my head!”

And thus, we all owe Reb Shlomo an apology. For not appreciating him more. For not realizing just how deep he was, and for not applauding him every step of the way.

Today, there is no-one to take his place; yet the need is ever great.

In recent months, newspapers have told the story of Israeli youth flocking by the thousands to ashram-style camps in the Negev on holidays, to pray and commune with nature. The movement seeks to blend the eastern ‘spirituality’ picked-up by searching Israeli kids on their obligatory post-army jaunt to India or Nepal, with whatever few symbols of Judaism they know. A rarefied generation much like the flower children of the American sixties, crying out for identity, for meaning. But not knowing how to find it in Judaism.

Which is exactly where Reb Shlomo came into the picture. Were he here, he would have sung lemaan achai vereyai (for the sake of my brothers) to these lost souls of Israel, and meditated with them in the Negev to the strains of borchi nafshi (let my soul bless God), esa einai (lift up your eyes to the heavens) and mekimi meafar dal (raise my broken spirit from the dust).

Reb Shlomo would have taught today’s spiritually-thirsty Israeli that the gates of heaven can be pried open with music (pitchu li shaarei tzedek), that we can demand of God to enrich our lives with Torah immanence (vehaer eineynu), and force Him to bring peace upon mankind (ufros aleynu succat shlomecha) — if we only truly will it.

He would’ve told us to ‘Wake up World!’ and enter ‘The Palace of the King’ through Shabbat observance (lecha dodi) and holy life within the sacred bounds of Jewish marriage (od yishama).

But in his absence, who will do that now?